Click Here to Donate to the DLC-SAVA Conservation projects 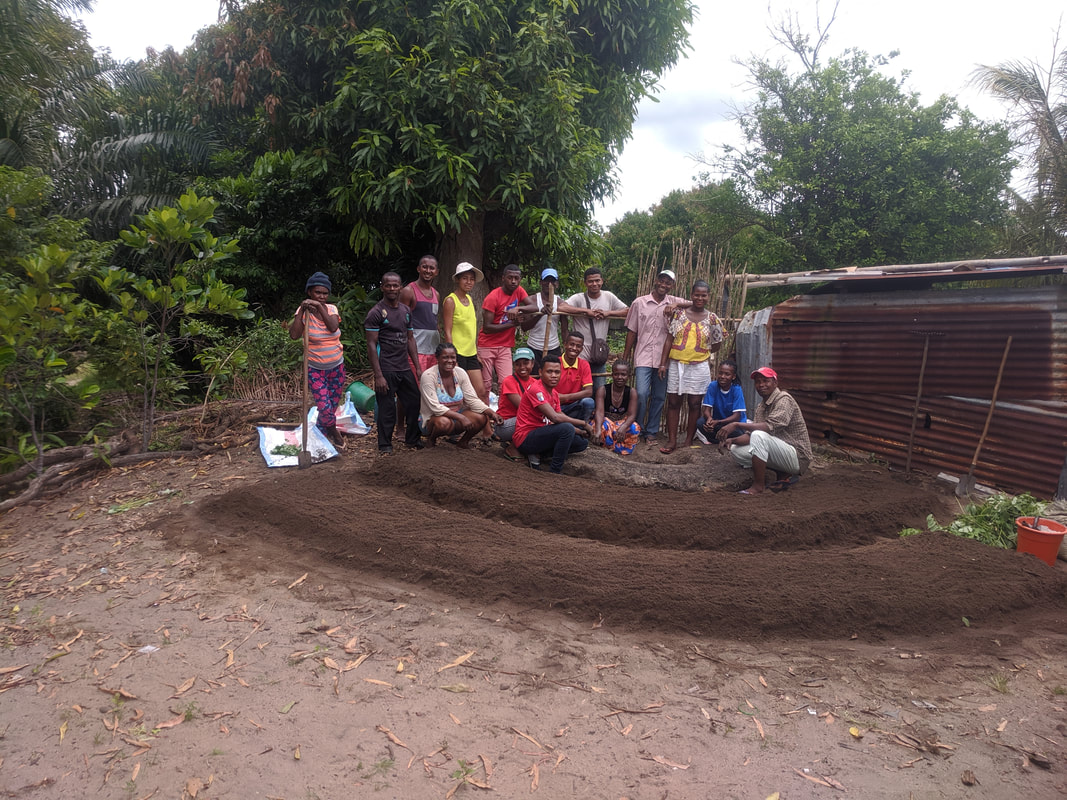 One of the major threats to biodiversity in Madagascar is unsustainable farming practices, especially slash-and-burn. To alleviate this pressure, DLC-SAVA Conservation is leading several projects to curb deforestation while providing solutions for small-scale farmers, who report decreasing yields and food insecurity related to infertile soils, small land size, climate change, and a lack of farm inputs.
First, we support agroforestry projects in which perennial crops, such as vanilla, coffee, cloves, and cacao, are grown in a forestry setting surrounded by native and nonnative trees. These trees can be used for timber, fuel wood, and to provide shade and nitrogen-fixation for the cash crops. 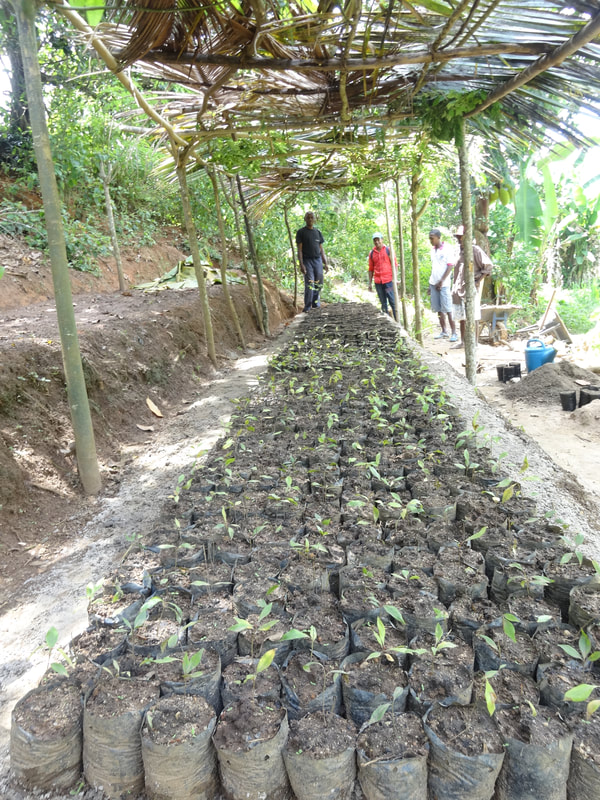 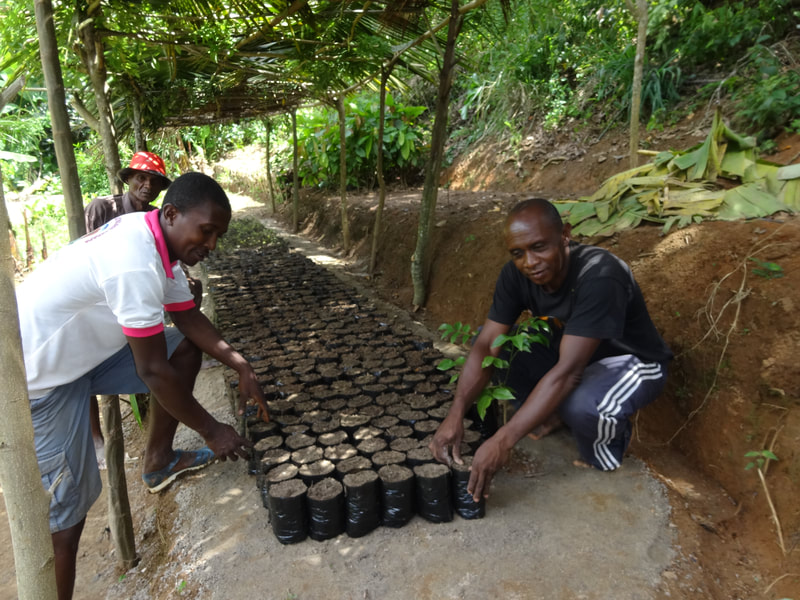 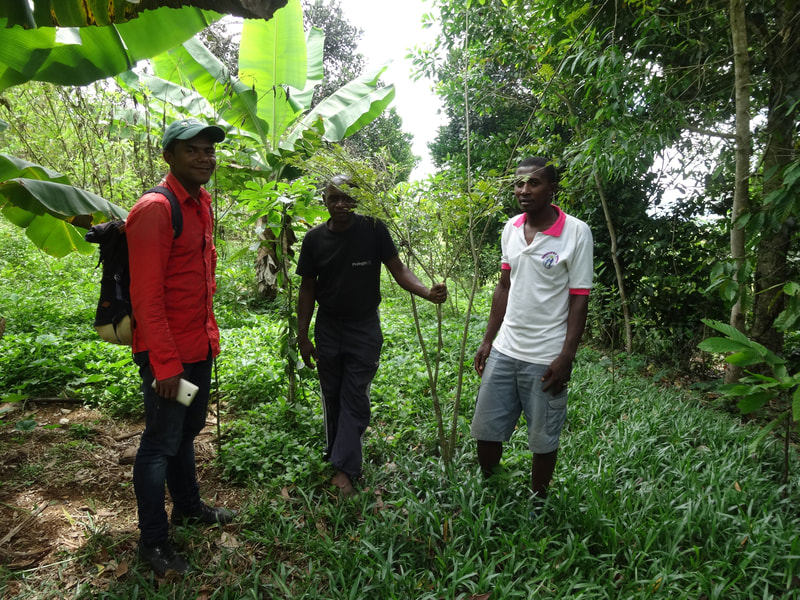 Photos of the Belaoka school nursery, with over 1000 pots of clove seedlings and cacao seeds. DLC-SAVA agriculture technician, Rabemanantsoa Thorien, and two of the Belaoka agroforestry team show off their rosewood, only two years old and already over two meters tall!
DLC-SAVA also supports sustainable agriculture training to teach farmers new skills in vegetable farming, which can translate to cash crops like vanilla. We spent one month with the Terra Firma International team, Peter Jensen and Lynn van Norman, who have been teaching sustainable agro methods all over the world. The focus is on increasing soil fertility and productivity, and managing rainwater run-off to optimize yields in small spaces.
​
​Their approach, which they call the 'keyhole' garden, uses a small backyard space to create a productive garden bed, amending the soil with organic materials such as dead leaves, green leaves, manure, char, ash, egg shells, and other free, easily accessible materials that were previously considered waste. With a thoughtful design, companion planting, and crop rotation, farmers can transform otherwise unused space into a productive garden with food that can be harvested every day. We trained over 50 farmers in the Terra Firma system in 2019, and we're already seeing remarkable adoption and adaptation by the farmers. We will continue to train more villages in the future, as well as following up with our previous trainees, who are also training their neighbors! 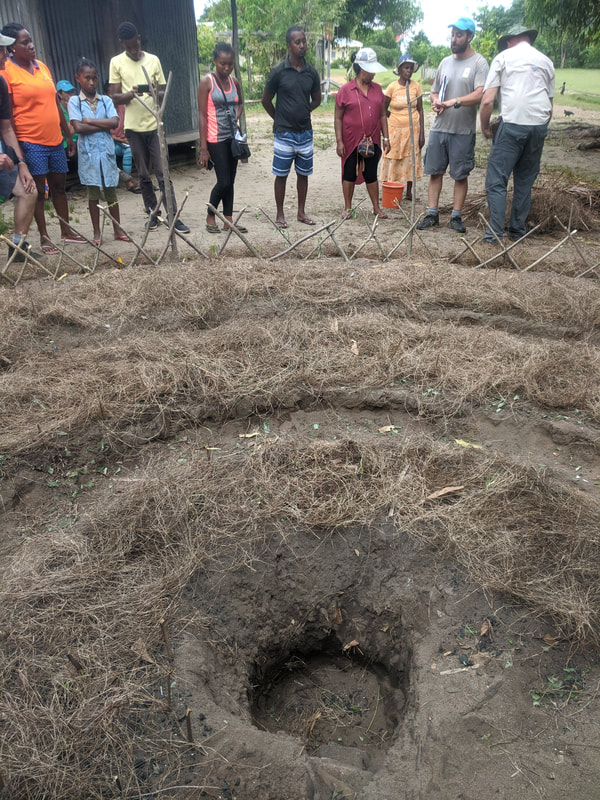 The Duke Lemur Center has partnered with Joe Grabowski and his online hub for nature and science media "Exploring by the Seat of your Pants" to post weekly events with DLC experts. Check out our first one in which I describe some of the DLC-SAVA projects.

The children of Madagascar are the future farmers, national park staff, researchers, and policy makers. They will ultimately make the decisions about how to use the land and how to deal with the environmental issues they will face. At DLC-SAVA Conservation, we are engaging with education for children in several ways.
​
First, we have conducted teacher training workshops, in which we have hosted over 250 teachers from around Sambava and Andapa during week-long sessions. The focus has been how to integrate environmental education into the existing curriculum, with basic information about water- and nutrient-cycles, biodiversity, and pollution woven into topics such as math, science, and history. The teachers are provided with a manual which helps them to tie together environmental education with their other subjects, allowing teachers to reach more students than DLC-SAVA staff could on their own.

​Another valuable part of DLC-SAVA's environmental education program is supporting private reserve owners to bring children on educational visits to their forests. One of the best examples is the Macolline Protection Association in Antalaha. Founded in 2010 by Marie-Hélène KAM HYO, this forest reserve protects and restoers 10 hectares of hillside just outside the major city. The Macolline staff host hundreds of school visits, in which children from primary and secondary schools can come gain new appreciation for the natural environments in the SAVA, with a beautiful, scenic forest as their classroom. 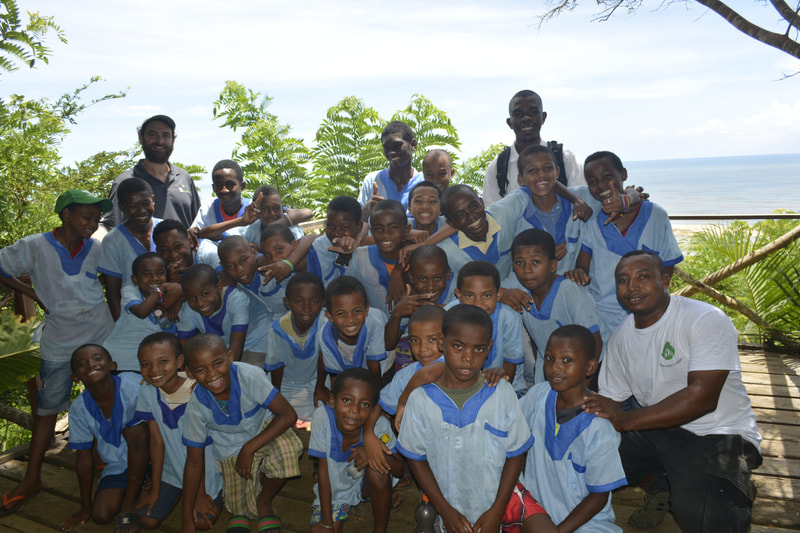 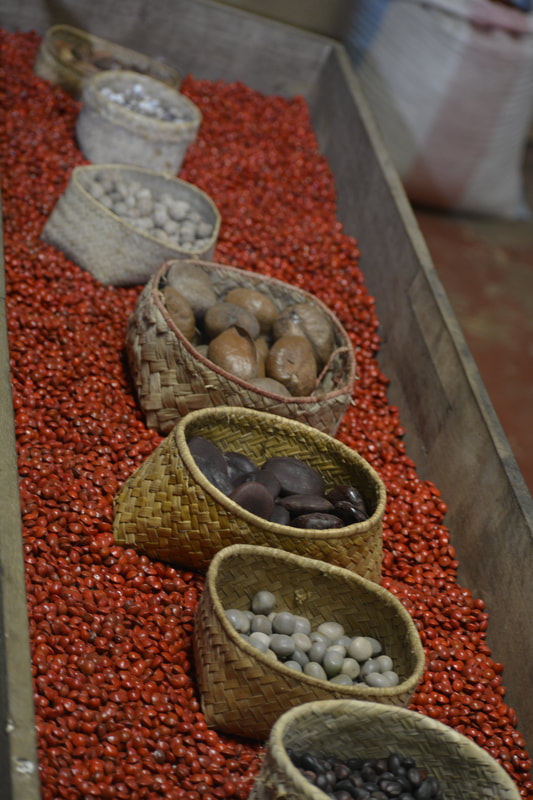 DLC-SAVA partners with multiple organizations to support reforestation. Most recently, we have been collaborating with the Madagascar Ministry of Environment in SAVA (DREDD SAVA) to support their efforts. They are planning to replant 4 million trees in 2020! We provide technical and logistical support, including helping in their tree nurseries by providing soil and seeds for pots, and linking the University in Antalaha with local nurseries to volunteer in their nurseries. We are bridging the DREDD SAVA with local partners who are protecting forest on their land, to provide tens of thousands of seedlings for reforestation. Stay tuned as we support more activities in 2020! 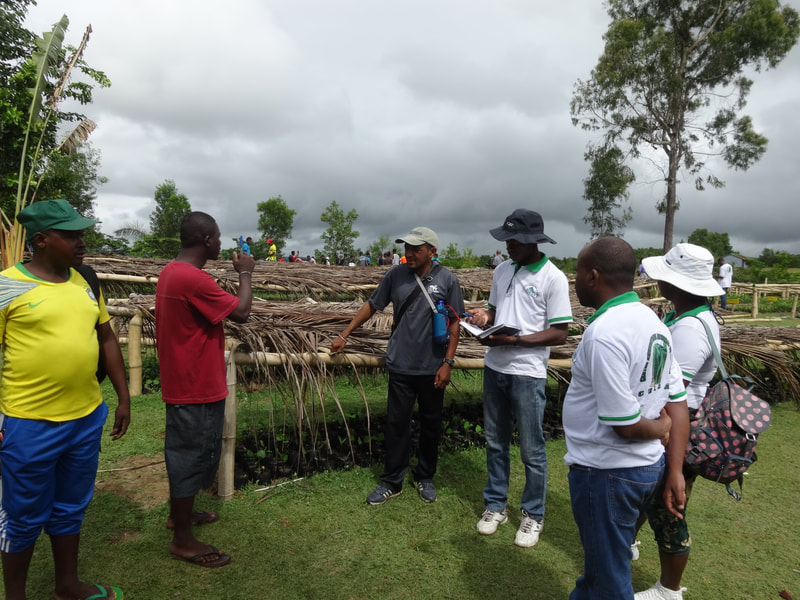 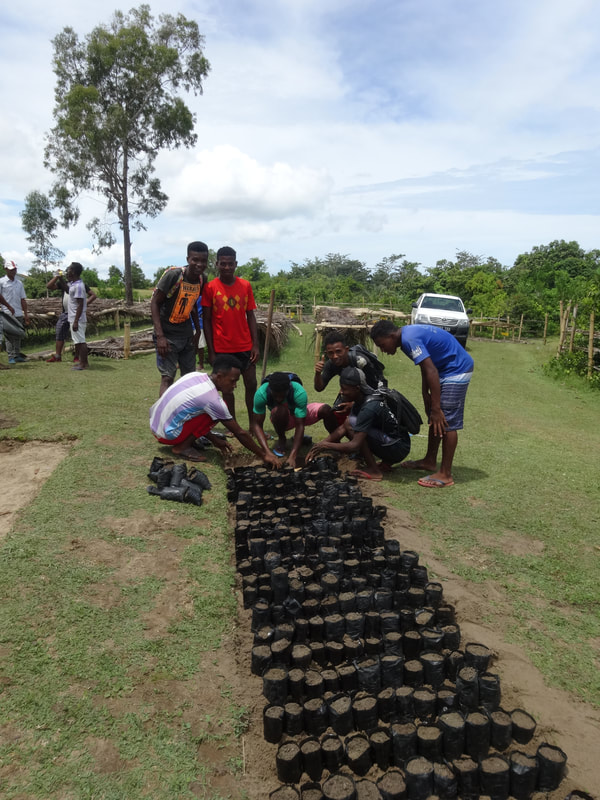 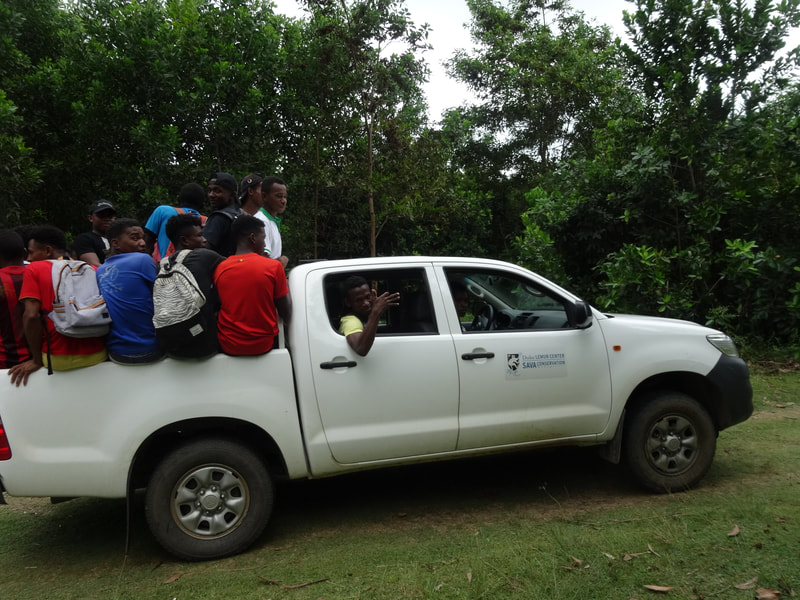 DREDD SAVA has an ambitious goal of planting 4 million seedlings in 2020! DLC-SAVA is helping by linking other local partners to fulfill this mission! Here, 100 students and teachers from the University in Antalaha volunteer to fill over 3,000 pots in one of the DREDD nurseries.

DLC-SAVA Conservation partners with the Marie Stopes International to visit remote villages in the countryside of SAVA and offer consultation to women. In these remote locations, access to women's reproductive health options are limited. By bringing Marie Stopes Madagascar nurses to these villages, women have options and access to multiple kinds of contraceptives and consultation, and in total over 450 women from 6 villages have chosen to use three or ten year contraceptives. This allows women to make choices about when they want to have children, and the women have emphasized how learning about family planning allows them to invest more in fewer children, decreases the financial burdens they face at home, and improves their health and well-being. 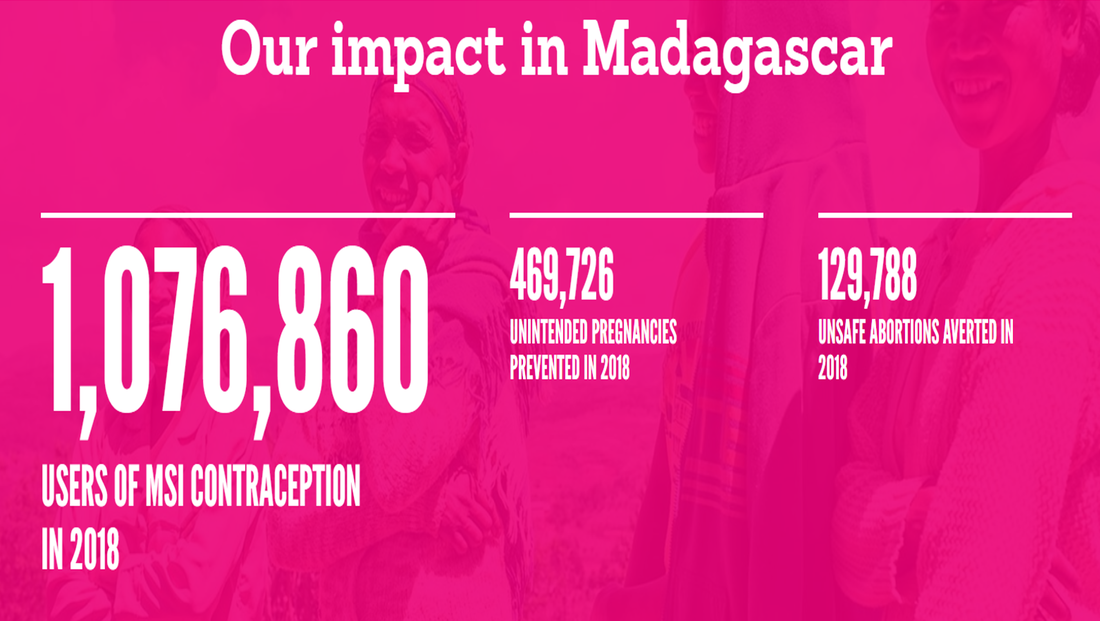 From the Marie Stopes Madagascar website, look at the impact they have! This kind of outreach is crucial for impoverished families who want to send their kids to school but can't afford it when their families have 4 - 10 children. The population size in Madagascar is predicted to double by 2050! Click here if you want to donate to support this project, which has significantly lost funding due to the 'global gag-rule'

DLC-SAVA has had a long-standing collaboration with the only university in the SAVA region, the Centre Universitare de la Region SAVA (CURSA). DLC-SAVA has hosted workshops at CURSA, including one on genetics at the university, and more recently a two week course on Biodiversity and Conservation. In October 2019, 40 CURSA students engaged in a two week workshop, including lectures on theory and methods in field ecology and conservation biology. A six-day field school in Marojejy National Park gave students hands-on experience in the rainforest, collecting data on botany, herpetology, and entomology. The students gathered their own data on how forest structure and biodiversity is affected by anthropogenic habitat degradation. They then returned to CURSA and learned about research design, hypothesis testing, and statistical analyses. The workshop culminated in presentations by the students, in which they showcased the methods they learned, and the unique results they found.

DLC-SAVA also supports two CURSA graduates as they pursue Masters degrees at the University of Antananarivo in the capital. Through these programs, DLC is supporting Malagasy scientists as they get the training and degrees they need to become the future researchers and policy makers. 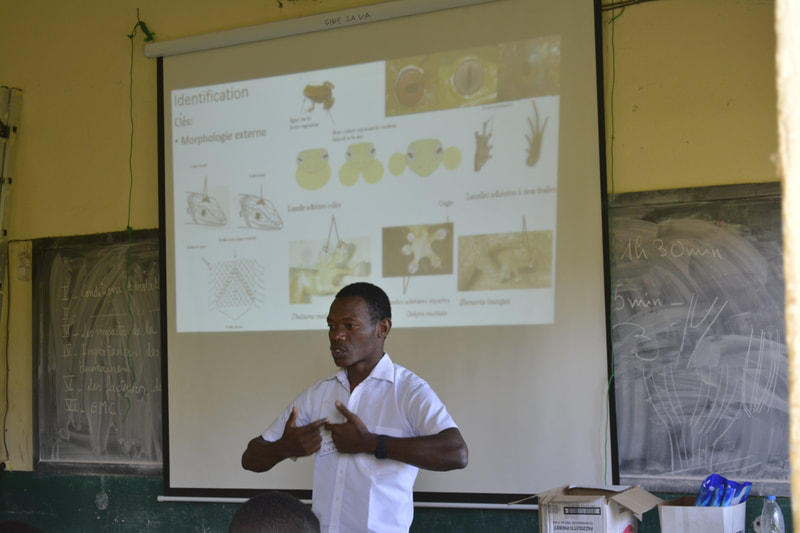 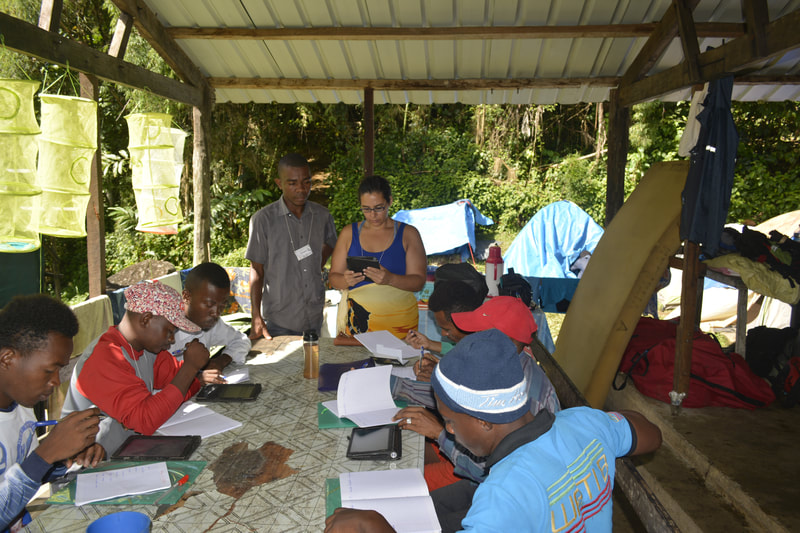 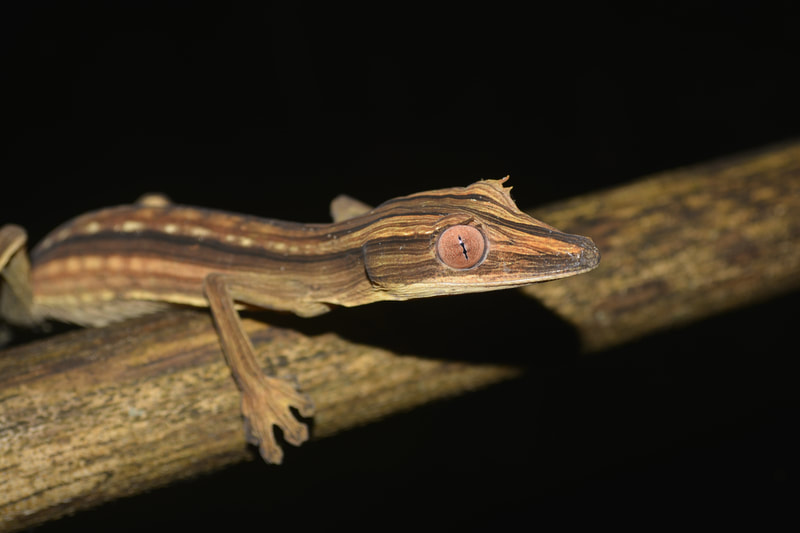 In Madagascar, most people cook and heat their homes with firewood and charcoal. DLC-SAVA has collaborated with the Swiss company ADES, who create remarkably efficient and durable stoves that significantly cut fuel usage as well as CO2 production and air pollution. Women and children are disproportionately exposed to the air pollution of cooking with wood and charcoal in the home, and upper respiratory diseases are a huge issue for this demographic. Therefore, by using fuel efficient stoves, the local community can benefit by reduced need for firewood or charcoal and improved health and well being.  ADES is based in the capital, however, which means the stoves are inaccessible in the SAVA region. To circumvent this limitation, DLC-SAVA has transported stoves to the SAVA region and distributed them in cities and remote villages around Marojejy National Park at subsidized costs. More work is needed, though, to promote these stoves broadly, and train people in best practices. It is a significant cost to DLC-SAVA, so if you are interested in this project, consider donating to support us for the transportation costs.

Read about a recent study on the use of fuel efficient stoves in the SAVA region by DLC-SAVA scientists. 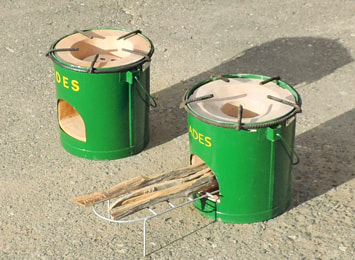